Dedicated clay target shooters may have suspended their activity over the winter except for a few mild days.

You’ve been wiling away the winter hours looking out the window at the weather to get back out to the range with your friends for that first round of skeet, trap, or sporting clays.

Maybe you are an upland hunter who just finished the season and are wondering how to fill the time until next season. As you uncase the shotgun and mount it to your shoulder for that familiar feel, you then turn to the rest of your gear and notice you are low on shotgun shells.

We’re here to share a little information about one line of our target shells, the Competition One line. We took a few boxes to the range and did our own field evaluation to see how they performed.

No sacrifice too great for our readers!

Why choosing B&P Competition One?

We chose to shoot the Competition One because it covers the entire spectrum of the clay target sports, offering shells in 12 through .410 and two 12 gauge steel target loads.

The 12 gauge loads use the innovative Gordon Case Hull, which helps reduce felt recoil. Here is a short video how the Gordon Case works.

For the multiple discipline shooter who also shoots sub-gauge events this is a great line because of its consistent components which leads to top performance on the target field.

Up front, we’re not taking this from a scientific approach. Your average shooter doesn’t pay that much attention to scientific data. I’m your average recreational shooter.

If you remember from our blog on best gauge for upland hunting it has a couple of advantages, primarily light and quick handling. As we found out, those qualities do not work in your favor on the clays range. We chose the Competition One 12 gauge 1 1/8 ounce, #8, at 1230 fps and 28 gauge 3⁄4 ounce, #8, at 1280 fps.

We went to the local range and set up on the Sporting Clays 5 Stand.

Why there? Why not the full course or the skeet range? 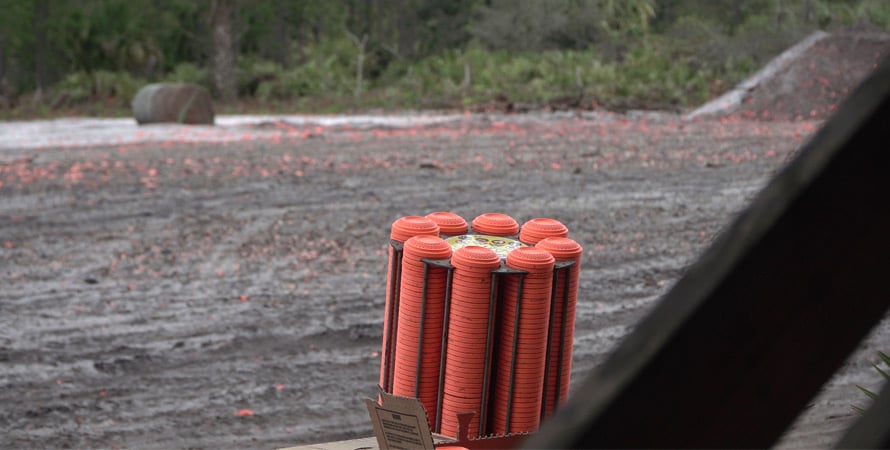 All of these targets would provide all the challenge we needed to evaluate the effectiveness of the shells. I shot the standard menu for the 5 Stand.

The Competition One 12 gauge

I wish I could report that I broke all the targets but that would be a lie.

The gun felt familiar to my shoulder as I made a few warm up swings. We shot two rounds of 5 Stand and I scored 80% on one and 75% on another.

Not bad for just coming out of the winter target shooting doldrums. I’m here to testify that the Gordon Case system produces as advertised. The Beretta A400 is naturally soft shooting and I’ve put thousands of rounds through it. 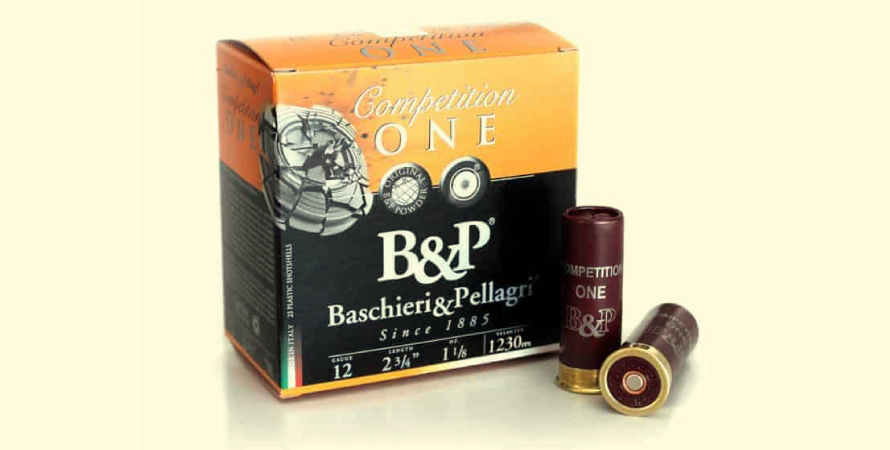 There was a noticeable reduction in felt recoil. I think that helped me stay comfortable during the shooting.

Two other things I noticed:

Not one malfunction with the Competition One. The high quality powder provides plenty of gas to expel the spent rounds.


The Competition One 28 gauge

The 28 gauge test was not as successful from a percentage of hits. But then we didn’t expect it to be.

Those lightweight and quick handling attributes worked against me with the diminutive 28 gauge. 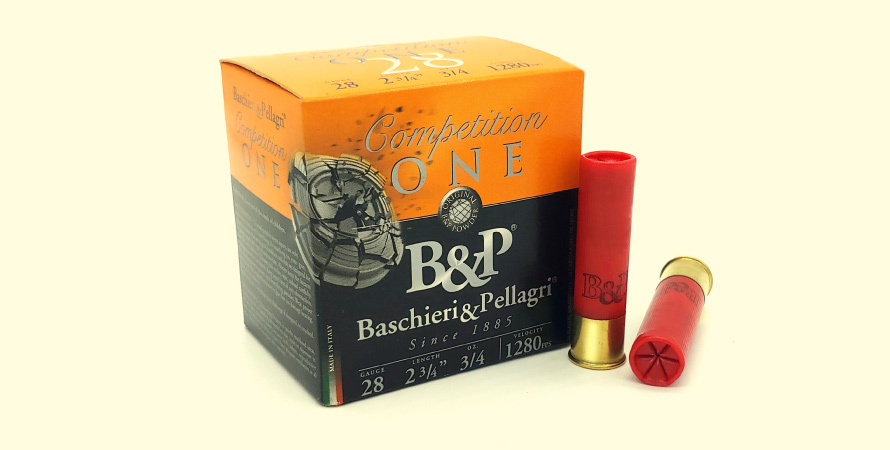 I only shot a 55% and 60% on those two rounds. Again, when I did hit the target they were literally crushed when the shot intercepted the clay bird. Obliviously, as expected, my most difficult targets were the two crossing shots.

I didn’t keep the barrels moving and got behind both targets on all occasions. this is not the fault of the ammo. It with the shooter. And what it tells me is I need to buy more Competition One 28 gauge before the next upland season and practice.

So how did they pattern?

The next logical question to ask is what does the pattern look like?

After completing the shooting evaluation we went to the patterning board next to the 5 Stand to answer that question.

We put up a cardboard target with a 1 inch aiming dot in the middle and a marked 30 inch diameter circle around it. We backed of to the 25 yard marker and set up a stable rest to shoot from.

Using the same ammunition we shot on the range, my first pattern was with the 12 gauge and Improved Cylinder choke (which we used on the range).

The 1 1/8 ounces of shot had patterned perfectly with all shot evenly spaced inside the 30” circle. No flyers, which is what happens when shot flattens out going down the barrel.

There were also no holes in the pattern that would allow a target to escape, which may account for my improved shooting. The first 28 gauge pattern was from the Improved Cylinder choked barrel.

Not surprisingly, I did notice that the light 3⁄4 ounce load did not fill the 30 inch circle and there was one hole in the pattern. I went back to the 25 yard mark and loaded the upper barrel with the modified choke. This produced the pattern I had expected.

So if you are a sub-gauge sporting clays shooter, and missing too many targets, you may want to consider tightening you choke. Just for comparison I fired a 12 gauge promotional target load that many shooter use because of their low cost. Using the same gun and their 1 1/8 ounce #8 shot did not provide similar performance. There were numerous flyers outside the 30 inch circle and one hole in the pattern.

Why Shoot the Competition One?

Clay target shooters are discriminating. They want the best equipment that will help them break as many targets as they pull the trigger on. That means a quality shotgun shell.

All the attributes shotgun shooters look for are available in the Competition One: available in multiple gauges and different shot sizes; manufactured using high quality components providing consistent performance and patterning; and in the 12 gauge the Gordon Case makes for longer, more comfortable shooting.

Don is a freeland outdoor writer living in the mountains of North Carolina. A lifelong hunter and wingshooter, he started out hunting dove and quail in his native state of Alabama. His travels in the U.S. Army gave him the opportunity to hunt throughout the U.S., Germany and pheasant in Korea. His passion for upland hunting has associated him with English Setters and along with his home territory he has followed them throughout the northeast and Midwest chasing ruffed grouse and woodcock. Don has 25 years of sporting clays shooting experience and is a NSCA Level I instructor at Biltmore Sporting Clays Club in Asheville, NC.

You’ve been a recreation sporting clays shooter for a couple of year, improved your game, and have...

Is there a best shotgun gauge for upland hunting?

If you read our blog "A Primer: Getting Started with Upland Hunting", you might wonder in choosing...